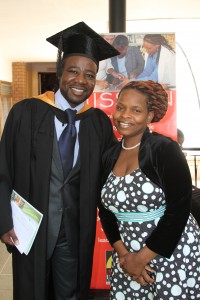 In a cutthroat showbiz industry which was infested by Zimbabwean golden generation of musical greats of the 90s, Charles Charamba, a cleanly shaven Mudzi bred boy found himself trying to make a ‘Jerusalem entry’ with a genre which was not only popular but detested by music recording companies.

“There were seriously talented individuals then in the industry in the likes of Leonard Dembo, Oliver Mtukudzi, Thomas Mapfumo, Alick Macheso was still with Khiama Boys and Leonard Zhakata among others.  This generation had taken music seriously and it was difficult for a new comer to make a mark,” said Charamba.

Charamba said his music genre, gospel, was also not popular at the time.

“Few artistes were singing gospel music then, and the marketing department at Gramma Records wanted music that would boost their sales. I was only recorded after they were convinced by veteran music producer Bothwell Nyamondera,” he said.

After years of toiling and struggling, in 1995 Charamba recorded his first singles.

“I recorded two singles and it did relatively well. However, my breakthrough came in 1997 when I recorded Tinashe Akatendeka.  The video of the song Mhinduro iripo did exceptionally well and things started to shape up for me,” he said.

The award winning gospel singer went on to introduce a new form of gospel music blended with the sungura beat.

“I discarded the notion that gospel music is supposed to somber. I love God and I love music, so I had to do songs that I enjoyed to sing. That is why my genre was fast paced and enjoyable,” he said.

From 1997 to 2007, the gospel singer enjoyed a purple patch in his career sweeping several awards in the process. During the period, Charles Charamba emerged as a dork horse in a competition which involved sungura greats, Alick Macheso and the late Tongai Moyo.

“For several years, I was among the top selling three artistes in the country, and this was an exceptional achievement for a gospel artiste,” he said.

In order to improve his sound, Charamba enrolled at Zimbabwe College of Music for a degree. However, this affected his frequency in releasing albums.

“People have been asking why I seemed to be quite, it was because I was improving myself as a person,” he said.

Charamba’s education did affect his sound on his last offering, WeNazareta where he tried to fuse sungura and jazz. However, the majority of Zimbabweans, who were used to his traditional beat, did not embrace his experiment, but Charamba maintains that the album opened avenues for him.

“While the album did not do well in the country, it opened avenues in other countries where it was played. I managed to put Zimbabwe on the map and I got royalties,” he said.

Charamba, however, said that on his next project he was going to revert to his original sound.

On his alleged war with Trymore Bande, who has been copying his sound, Charamba said he was humbled that some youngsters were inspired by him, but he was against the idea of putting his picture on the sleeves of CDs to push sales.

“As I was growing up, I had musicians that I looked up to. Sometimes I would imitate them, but it is wrong to lie to fans that it is my work while it is someone else,” he said.

Born in 1971, Charamba has scooped several awards among them best gospel artiste, best song and video from National Arts Council of Zimbabwe.

Charamba is married to Olivia and together they are blessed with five children.