The Church of Jesus Christ of Latter-day Saints Zimbabwe statistics for 2009 were: Members, 17,241; 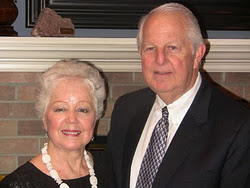 Ron and Sandra Bean, Harare-based missionaries for The Church of Jesus Christ of Latter-day Saints. They serve as Country Directors of Humanitarian Services for Zimbabwe, Malawi, and Zambia.

Stakes, 3; Wards, 17; Districts, 2; Branches, 27.  They maintain a Zimbabwe Harare Mission alumni site.  There were LDS members in Southern Rhodesia as early as 1925. The Salisbury Branch was organized in September 1951. Ernest Sibanda was the first native Rhodesian baptized in Rhodesia in March 1965. In 1988, selections from the Book of Mormon were translated in Shona. President Gordon B. Hinckley, on a five-country tour of Africa, visited Zimbabwe on 18 February 1998, and spoke to about 1,500 Latter-day Saints.

RelZim.org articles about the Jehovah’s Witnesses in Zimbabwe

Jehovah’s Witnesses began working in Zimbabwe in 1910. As of 2000 there were 856 congregations and 27,000 members; 65,521 people were affiliated with them.  They provide materials in Ndebele (also here), in Shona (video), and in Zimbabwe Sign Language and in Mandarin.

RelZim.org articles about the Salvation Army in Zimbabwe 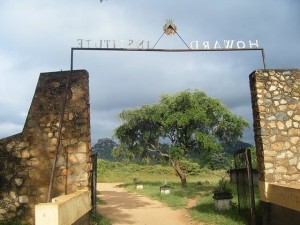 the Salvation Army in Zimbabwe. The Salvation Army operates four secondary boarding schools (Howard Institute est. 1923, Bradley est.1926, Usher Institute est. 1933 and Mazowe est.1959) as well as many primary schools.  The Salvation Army operates four social service institutions in Zimbabwe: the Bumhudzo Home for the Elderly; the Athol Evans Home for the elderly; the Braeside Social Complex offers housing for women pensioners and a men’s shelter; Enterprise House and the Ralstein Centre provide accommodation for elderly and single men. There is also the Howard Hospital near Mazowe (video). In August 2012,  hospital began to face some challenges and these problems continued in 2013.

Soldiers of God, former members of the Salvation Army, began their church in 1938. As of 1995 there were 40 congregations and 14,000 members in Zimbabwe.

RelZim.org articles about Adventists in Zimbabwe

The Seventh-Day Adventist Church started work in Zimbabwe at Solusi Mission in 1894.As of 2000 there were 552 congregations and 288,380 members; 481,600 people were affiliated with the church. Solusi University is a Seventh-Day Adventist Institution of Higher Education in Bulawayo. In Harare, they have a chapel in Groombridge  Mount Pleasant.