We will be opening a new Religion in Botswana section this year. RelZim.org is starting to feature occasional articles and listings. Zimbabwe-based Prophet Uebert Angel and his wife visited Botswana with a faith program in 2012. The Angels’ Pentecostal church, Spirit Embassy, has a branch in Botswana.

Estimates particularly vary about how much of the population is syncretic (mixing Christian beliefs with indigenous beliefs). There are few Botswanans who have not encountered Christianity in some form, but many Christians also associate themselves with traditional practices on occasion.  Some Christians have multiple membership.

Although the CIA Factbook states that 6% of Botswanas are practitioners of Badimo, in reality a great majority of Botswana follow at least some of the traditions deemed Badimo even if they are strong followers of another religion as well.

The major Christian communities and movements in Botswana are:

Organizations that gather the major Protestant Churches are: 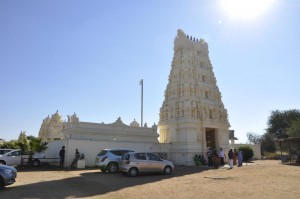 The Southern African Catholic Bishops’ Conference covers Botswana, the Republic of South Africa, and Swaziland. Articles about the SACBC.