Most churches of evangelical character in Zimbabwe belong to the Evangelical Fellowship of Zimbabwe, founded in 1962.  EFZ has as members over 120 denominations and 20 para-church organizations, who represent over two million faithful.  See also the separate listing of Pentecostal and African Initiated Churches.

Some major groups or large evangelical movements include:

Agape Missions is an Evangelical Church that was founded by Apostle Lucky Moyo in November 1984, with the first church being established in Nkayi in Matebeleland North. Since that time the Church has increased  as new village churches have been established. It was at this juncture that the ministry started to extend its borders into the Midlands , Gokwe and Tsholotsho areas.

Four national conventions of Baptists have over 125,000 members. See the separate page on Baptist Churches in Zimbabwe.

The two Anabaptist-oriented organizations that have been active in Zimbabwe are the Ibandla Labazalwane Kukristu e-Zimbabwe (Brethren in Christ Church World Missions began in Zimbabwe in 1898) and Mennonite Central Committee (since 1976).  In 1950 the Ibandla Labazalwane Kukristu e-Zimbabwe had 2,000 members, and in 1986, 9,255. In 2006, it had 33,453 members in 317 congregations. Historically, the Church is based in the Matopo Mission region with extensive following in Bulawayo.  The Church sponsors the Ekuphileni Bible Institute and the Mtshabezi Mission Hospital (where Dr. Virginia Kauffman worked).  The church in Zimbabwe affiliates with the Africa Mennonite and Brethren in Christ Fellowship, the ZCC, and the Mennonite World Conference.

Lobungela Brethren in Christ Church in Bulawayo is known to be the largest BICC church (congregation) in the world. The church was established about 30 years ago and had grown exceedingly under the pastorship of Reverend Albert Ndlovu who is the senior pastor. 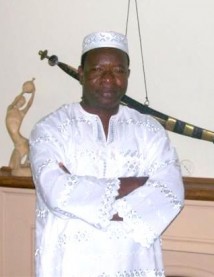 A directory of congregations which call themselves by titles involving “Church of Chirst”.

New Apostolic Church in Zimbawbe is part of the NAC in Zambia, Malawi and Zimbabwe of the New Apostolic Church International.. The district has twenty five Apostle areas. Zimbabwe District is subdivided into 6 Elder districts in the north and 5 Elder districts in the south with a membership of 13,247 as in 115 congregations cared for by about 422 ministers.  Apostle Jan H. Welman assists the District Apostle Charles Ndandula in Zimbabwe. He was ordained apostle by Chief Apostle Richard Fehr on 1 July 1993 in Lilongwe, Malawi. He is assisted by Bishop Daniel Mulemba who resides in Bulawayo.  Photos of the District Apostle’s 2011 visit in  Zimbabwe.

The NAC came to Zimbabwe from Zambia in the 1950s. The aid organisation of the New Apostolic Church of Zambia is known as the “Henwood Foundation” (video). It is named after George Henwood, a New Apostolic pioneer in this part of Africa.

The Newfrontiers churches in Zimbabwe, served by Scott Marques and others, include three in the two main towns, being Harare and Bulawayo, plus a growing number in rural contexts. Some of these include the following:-