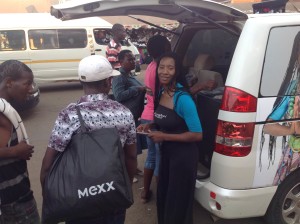 GOSPEL music sensation Fungisai Zvakavapano-Mashavave, who almost hung up the microphone following what she described as public persecution following her decision to use dancehall to spread the gospel, yesterday said she has revisited the idea following the realisation that her music was not a career, but a ministry.

Speaking ahead of the launch of her 15th album, My Healing Devotion, scheduled for Friday, the musician said she had an awakening that God was using her as an instrument through music to speak into people’s lives.“This new album comes at a time when I had given up on music. Just when I thought I was done with music, the Holy Spirit put nine songs in my heart and I could not shut them in. It would have been a disservice to the Christian community,” she said.

Zvakavapano-Mashavave, who had brickbats thrown at her after doing gospel tracks on dancehall beat and collaborations with “dancehall chairman” Killer T, said it has since dawned on her that God was using her as a vessel to address other people’s issues.

“I had become exhausted from the torture that comes with accomplishing God’s assignments. I had done everything God had sent me to do, including providing the Christian young generation with a clean alternative to their favourite dancehall beat, yet the world was tearing me apart for it,” she said.

“So many people move around with broken and ailing spirits, souls and bodies and I believe God wants My Healing Devotion to help them present their issues to God for healing.”
The gospel diva said although she would have wanted to do music just as a career, but she has now realised it was more than that.

“For those who have not felt the Holy Spirit move in their life, this new album is the spiritual realm to tap in. Whenever I listen to it, I know it’s not my expertise or ability, but it’s the Spirit of God speaking into people’s situations through me,” she said.