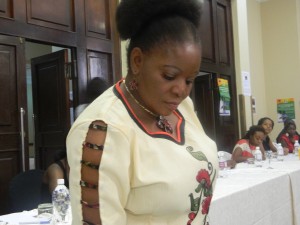 In Zimbabwe a largely Christian community, institutions tasked with maintaining the moral fiber including the church and some parents are still rigid and preaching abstinence before marriage to fight HIV/Aids thereby denying young people information on safe sex and sexual reproductive health.

According to the ‘Zimbabwe Global AIDS Response Progress Report 2012 around half of the people living with HIV in Zimbabwe become infected during adolescence or young adulthood.

However the Christian communities in Zimbabwe still insist on abstinence as the most effective method to fight HIV/AIDS.

Christine Mtize a former National Health and HIV/AIDS Training coordinator of the Catholic Bishops Conference said that while the church acknowledges  that young people have a right to be educated and informed  on sexuality sex is for marriage only.

“Sex is for marriage. It is a matrimonial and conjugal right for those who are married. Sex is a precious gift that should be left for marriage,” she said

Gift Mambipiri a Catholic said that the church had limited options as they have a doctrine that guides them.

“The church offers options based on preserving human morality and human dignity therefore outside abstinence the church only looks at options that are available for married people which then limits the scope of what the church can do and will always preach about.”

However teenagers who spoke to Real Zim said the abstinence message has proved that it is not working.

Tatenda Zhou, a teenager who has dropped out of school after impregnating a fellow classmate, said the Zimbabwean society, especially the church, was living in a denial mode  as they refuse to accept that there is adolescent sex. He said it was unfortunate that the abstinence message has been prioritized over safe sex and sexual reproductive health messages.

“These days we see so many movies and watch pornography. We consider it cool to have sex because of peer pressure it is something that is normal. Poverty has also contributed,” he said

Zhou says lack of information and safe sex has destroyed his future as he is now out of school and his parents have refused to continue paying fees for him.

“We do not know how to go about it. At church and at home we are always told to abstain. We are just experimenting based on movies. Our parents and elders do not tell us so we are at risk. We do not have information on condoms and girls get pregnant while young because they do not know how to use family planning methods because society still believes we are still young but we are doing it,” he said.

Caroline Maposhere, a sexual reproductive health expert, bemoaned the existence of abuse in most institutions that should provide guidance to young people

“It is unfortunate that there is a lot of abuse in churches, schools and at home while the abstinence message is also no longer applicable to the young people,” she said