The Gospel of Christ

December 16, 2016 , published in In the Churches Blog , Devotion with Erasmus Makarimayi-Reprinted from Newsday 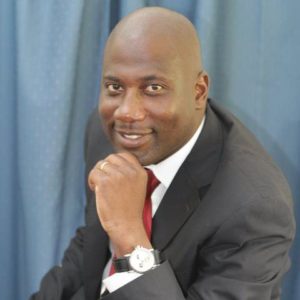 Motivation and life/success coaching have been used in some quarters to replace preaching of the gospel.

While motivation, success or life coaching are noble fields of human endeavour, they should never be used as shades of the gospel as much as engineering or astronomy cannot replace the gospel.

Positive thinking behind the pulpit is not necessarily the gospel presentation. Principles whose success is based on human performance are not the gospel of Christ.

The gospel is such that it speaks to kings, slaves, patients, doctors, motivational speakers, life/success coaches, prisoners, the rich and the poor.

If you’re a preacher and your message cannot appeal to a mixed audience of billionaires and the poor then it was never the gospel. Jesus came to solve the sin issue and its consequences such as death, sickness, divorce and many other evil occurrences.

As emphatically repeated in this column, the gospel is a celebration of what Jesus accomplished without human contribution. Human part to the gospel is believe, receive and enjoy its benefits. The longer I stay in ministry the more I come across people who’re bitter with God.

Many have ignorantly religiously followed instructions that are outside the purview of the gospel. After demanding divine performance of their beliefs they found no result.

God is not under obligation to fulfill what He didn’t promise. I am not against motivational speakers and success coaches. Inspiration can be anchored on various faith systems beyond biblical foundation.

You just have to make your mind and not cry foul when after pursuing a philosophy that wasn’t rooted in the gospel. In extreme cases the Holy Spirit has been replaced by performance by comedians to soothe bitterness, unforgiveness and anger in the church. Religion and human philosophy always leave a void, emptiness and vacuum.

The gospel releases peace and power to bring about results it promises. Apostle Paul warned us in Colossians 2:8, “Beware lest any man spoil you through philosophy and vain deceit, after the tradition of men, after the rudiments of the world, and not after Christ.”

If you’re to be spoiled it means it’s you who has the victory that someone wants to steal from you. If you’re a born again believer you would not want to give away your victory that Christ died for to some untested human thoughts.

The Amplified Bible succinctly puts it thus, “See to it that no one carries you off as spoil or makes you yourselves captive by his so-called philosophy and intellectualism and vain deceit (idle fancies and plain nonsense), following human tradition (men’s ideas of the material rather than the spiritual world), just crude notions following the rudimentary and elemental teachings of the universe and disregarding [the teachings of] Christ (the Messiah).”
Well said, you would want to stick with Jesus.

I am not saying people shouldn’t study. If anything Christianity encourages going to school, college and university. The learned or the unlearned, rich or poor; all find a common denominator in the gospel. The hard hitting Apostle Paul records in 1 Corinthians 2:1-2, “[1] And I, brethren, when I came to you, came not with excellency of speech or of wisdom, declaring unto you the testimony of God. [2] For I determined not to know any thing among you, save Jesus Christ, and him crucified.”

When human philosophy and traditions are used as a gospel, the Gospel is relegated to just another way of life. The truth here is that let’s say you’re a preacher and you have been asked to preach to an audience of say, 100 richest people in the world.

As you’re led to the auditorium and you’re advised your audience is prisoners on death row and suddenly you have no message then it was never the gospel of Christ. Apostle Paul didn’t gather intelligence information in Corinth before hand. He just preached the gospel and everyone benefited.

The media reports stories in which congregants are up in arms with the pastor after being pressured to seed and the harvest didn’t materialise. Of course, there’re many undergirding explanations to this but we need to be careful that our faith is not in human wisdom but in Christ. Apostle Paul goes further in 1 Corinthians 2:4-5 and teaches, “[4] And my speech and my preaching was not with enticing words of man’s wisdom, but in demonstration of the Spirit and of power: [5] That your faith should not stand in the wisdom of men, but in the power of God.”

Has your faith been in the testimony of God? If you have been harvesting wind from human philosophy, please turn to Christ Jesus whose promises are eternally secured. Grace and peace be multiplied to you through knowledge. You’re going somewhere.