The rise of local Christian literature in Zimbabwe

reprinted from WIN-Zimbabwe Newsletter #56 by Beaven Tapureta, with minor additions and corrections 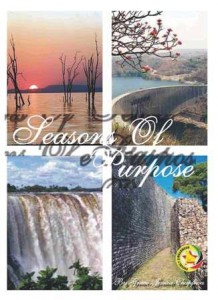 In Zimbabwe, Bible-reading culture keeps advancing ahead of that of general books. And not only have people embraced the Bible as a source of divine inspiration but they have also gone beyond reading to writing from the Holy Book’s inspiration.

Both books tackle different issues and draw on personal experiences. While Seasons of Purpose revolves around African Christian history, the author’s participation in the liberation struggle and focus on children, A Timeless Marriage is a marriage manual for young and old people. It tackles issues such as the definition, purpose and expectations of marriage.

A Timeless Marriage offers solutions to distorted marriages by comparing cultural and Christian perspectives of the subject and ultimately draws answers from Bible verses and researches on the subject.

Nonhlanhla Siziba says she was prompted by the increased disintegration of marriages to write her book in which she attempts to bring back happiness into the families. She is a member of the Apostolic Faith Mission in Zimbabwe, and is currently studying for a Diploma in Theology.

Seasons of Purpose was officially launched in Harare on August 30.

Cde Oppah Muchinguri, a long-standing politician and a contemporary of the author, was the Guest of Honor. In her presentation Cde Muchinguri commented Patsor Chapfiwa for pursuing her passion of child evangelism. “If children are not taught in the godly manner, they will engage in that which destroys them,” she said, adding that Christianity is one of the values that have contributed to the spiritual development of Zimbabwe.

Cde Muchinguri urged parents, guardians, caregivers and teachers to consider the unique personalities of children when training them.

‘Train-them-young’ is a major theme running through Seasons of Purpose, a book that fuses the author’s biography from childhood to her participation in the liberation struggle for Zimbabwe, her Christian experience and African Biblical history.

In her speech, the author said Zimbabweans should be proud of their identity and apply God’s principles in their daily lives. “Let’s go back to the basics starting with the fear of God,” she said and later went on to render a touching episode of the Chimoio attacks during the liberation war.

As a teenager, she decided to fight in the war alongside other women such as Cde Muchinguri and many others who are now government senior members.

Later she sang the song “Jesus loves me this I know” which she sang when Chimoio went up in flames, and together with other teenage comrades she was caught up in the crossfire. As she ran away in the horrific stampede, Pastor Chapfiwa said a big snake suddenly appeared in her way and she changed her direction. This, she said, is how she survived.

Pastor Grace Jessica Chapfiwa also presented free copies of her book to His Excellency President Robert Mugabe which were received by Cde Muchinguri on his behalf.