What is the difference between traditional herbs and muti?

Are muti traditional herbs or these are two different things? If there is a difference between the two which of them are Christians allowed to or, should I say, can use if need be? Can anyone spot the difference 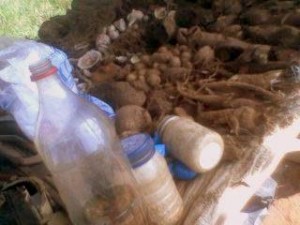 between the two? Who should be selling any of this stuff? Can traditional healers sell herbs or can anyone do this?

Places like Tamandai , Chikore, Tuzuka, Mugondi, Muzite, Gwenzi and Beacon (not forgetting Kondo, Chibuwe and Mwandifura) are fully loaded with these traditional healers. In such areas parents are advised not to let their children out of sight because anything can happen anytime and anywhere without anyone noticing only to recover a body with no parts, especially the private parts. 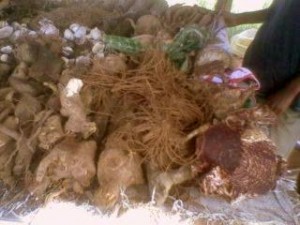 What does the muti do after being bought? It seems to be the solution to one’s problems for a while. — Then hell strikes loose. There one starts seeing things fall apart or hear and see strange things happening. Experiencing such, one goes back to the traditional healer to ask for help. The healer will claim the customer did not follow instructions or maybe she/he has her/his own problems that are causing everything to fall apart. These traditional healers are selling the muti because it is also giving them problems, some cannot even sleep..keep up to what the muti wants in return of its use.

Well look at these pictures carefully so that you can be able to spot the difference between muti and traditional herbs for future’s sake…..