What type of Music is acceptable in Worship? 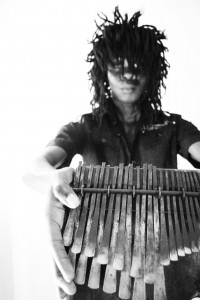 The term Gospel music has for me evolved through the years from the euro-centric idea of solemn hymns led by an immaculately robed church choir; sung to the accompaniment of an organ or piano.  The participation of the entire congregation in the singing was a momentous and welcome change as it added a measure of unity to corporate worship as it broke the monotony and predictability of services.

Thus we watched the metamorphosis of corporate worship from the preserve of the priest and his choir, to the welcome inclusion of the entire congregation who read lines to the hymns from common text.    Another welcome addition to ceremonial worship was the addition of musical instruments to augment the celestial sound of voices turning worship sessions – especially in the more liberal sectors of the Christian religion,  into  spontaneous upbeat productions that no longer stifle the ideas and talents of each individual –  even within the confines of corporate worship.  I must admit that whilst these changes have encouraged the development of a deeper more sincere and spiritually edifying experience for the church, there still appear to be musical instruments and forms of dancing and singing that are deemed to be unacceptable in Christian worship.

The Bible instructs us in on a number of occasions, to come before the Lord with thanksgiving and worship him with gladness and whilst there are references to certain specific musical instruments that may be included in worship, the list is flexible and I do not believe that there is a limit to the types of instruments or music genres that may be employed in Christian worship. There are no biblical references to justify or warrant the deliberate exclusion of any instrument at the expense of another.

For example traditionally, the orthodox churches in Zimbabwe were limited to either singing either acapella hymns or piano and organ accompaniment.    Oddly enough, although the addition of traditional African instruments has indeed been a more protracted and painful process, some Afro-centric musical instruments have been more readily accepted and incorporated into Christian worship than others, for example, the traditional drum and hand-held shakers or “hosho”, with them being used in conventional Catholic services. On the other hand instruments such as the mbira and ankle shakers  are yet to be accepted into the fold.  Whilst it may be argued that these are unacceptable in Christian worship because they are associated with ancestral worship ceremonies, the instrument itself is not a symbol of any form of worship and should be accepted for its musical beauty.  The fact that Euro-centric instruments such as the guitar, which is now an integral part of the Christian worship repertoire, had to fight for its inclusion in worship sessions, means that the mbira also has to fight for its place in formal worship.  Just like the mbira, the guitar which was formerly frowned upon because of its association with raucous rock and pop bands.

Perhaps the definition of what constitutes as Gospel music should be based more on the spiritual/scriptural composition of a song along, with the reverence and sincerity of the lyrics rather than the musical style, rhythm or instruments. By secluding genres like traditional African music, Hip-Hop and Reggae, we could then be excluding several talented artists from blessing fellow believers through music. God is the divine originator and the giver of human talents, if someone’s heart is in the right place, who are we to determine that their musical offering is not suitable as worship music?