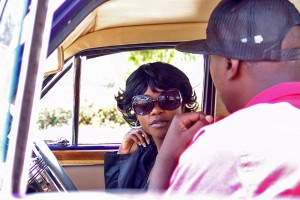 As a young person living in the 20th century, I’ve often wondered whether the formats for existence that applied to our parents still apply to myself. Everything has changed and the world offers more opportunity and freedom than ever before. From careers to relationships, to even general social norms, more and more people are coming to the realization that they don’t have to live by the rules set by our predecessors. However when it comes to marriage, we need to redefine the context in which we abandon certain cultural rites.

Whether we look to African traditional religions, Islam or to Christianity, marriage is a central part of the social development of every human being. Whilst everyone is entitled to the right to remain single, those who choose to engage in relationships often forget that dating is supposed to be the first stage in a series of levels found in a healthy male-female relationship. What starts off as dating, should lead to engagement and eventually marriage. After hosting a wedding to celebrate their love and officialise their union, newly-weds are then free to move into a new home and begin having children together. Unfortunately, what was once a normal step-by- step procedure,  is now an unneccessary extra and the value of marriage stands as questionable in the eyes of many young and old alike.

But if one looks back as far as Adam and Eve, companionship has been a human need that God wants us to fulfil and despite the rules and regulations surrounding relationships, all religions agree on one thing: God wants us to have partners with whom to share our lives with and even reproduce. The way in which that happens has been prescribed to us through various religions, but more and more people are choosing to abandon these guidelines. But when I look at it, I can’t help to think there was a reason for all these rules. Perhaps what was originally intended to protect us has now become bone of contention between the young and the old, with most young people rebelling against what they find to be oppressive and restrictive boundaries.

The young African no longer worries about ‘lobola’ and it has become common to find a young couple ‘moving in’ together a few weeks after dating. Some even have children together and live as ‘husband’ and ‘wife’  for several years without carrying out any of the required formalities. Some try to legitimize their union by going to get a ‘court marriage.’ But in the African context that solves nothing. A legal marriage is no longer difficult to obtain and it can be done within hours. According to most African cultures, there’s no way a marriage license can tie clans together. Without carrying out a traditional marriage, such a couple are not really married. Two families coming together is what really makes a couple married and without the presence of one’s real or spiritual family (church members), a marriage doesn’t have the support of those that matter. The same applies in almost every faith and the Christian, Islamic, Rastafarian and Jewish religions all require that a wedding or ceremony is held to make sure the couple bound in the eyes of God.

The freedom to exercise individual choice in the way we conduct our relationships may seem appealing in the beginning, but when it doesn’t go as planned many people discover that a traditional African marriage or a Christian marriage is not there to curse you, but to bless you. I have met countless numbers of women who never had children with men who had not properly committed to them and soon they find themselves as single mothers.  Without the relative security that comes with a Christian marriage or a traditional African marriage, a young man or woman puts themselves in a situation where no-one is accountable to anyone else. The usual victims of such an arrangement are the children who after years of staying in an unofficial situation, find themselves to be another set of statistics as they are deprived of a stable family unit.

As much as we allow ourselves to exercise free thought and liberal lifestyles, let us not throw away the very institutions that provide continuity and stability for future generations. If the marriage system becomes totally defunct, we will have a world full of children from broken homes. To ensure the continued life-span of the family, we have to make sure the value of marriage is not undermined and made to seem outdated. A marriage is a union which is to be treasured throughout the duration of one’s adult life and the way in which it is viewed needs to be changed from being an activity that is reserved for the religious, to being a rite of passage that every person aspires to experience.

As the new year kicks off and as we make our resolutions, let’s remember to value the families and marriages that God has entrusted us with. Those who are unmarried should continue to enjoy their singledom, whilst also preparing themselves for the ultimate partnership and friendship, the kind that can only be found in a healthy and fulfilling marriage.