The twists and turns of Apostolic choral music

The new millennium saw the birth of a wave of Apostolic choral music which won the hearts of many at the expense of instrumental gospel. This era also marked the advent of uncountable choral groups which automatically led to the overshadowing of other gospel genres.

Apostolic choral gospel music is a simple a cappella, at times, coupled with the clapping of hands and rattles. Not a long time ago, this music was receiving more airplay on Zimbabwean radio stations as compared to other local gospel genres. In vehicles, beerhalls, wedding and birthday parties, it was all about the Apostolic choral music, not to forget that this type of music became the ringtones of choice in people’s cellphones. 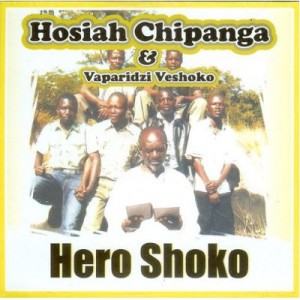 The rise in popularity of this type of music is usually associated with a group called Vabati VaJehovah. Their albums “Mweya Mutsvene WaMamwari” and “Wauya Mucheki” were on the frontline paving way for other albums. The emergence of Vabati VaJehovah was followed by several groups like Vaparidzi Veshoko, Vabati Vevhangeri and Chiedza Chevatendi who successfully advocated for the rise of the once popular type of music.

New groups continued to stream into the gospel fraternity and gained a lot of momentum among the populace. These included Amai Guvamombe, Mabasa Avatumwa, Simba Ravapostora and Kubatana Kwevatendi among others. But the omission of the choral music category at this year’s edition of the National Arts Merit Awards raised eyebrows, with many wondering about the future of the once popular genre. However, in an interview with Mamrod Magaya, the leader of Vabati VaJehovah, he defended Apostolic choral music. “The music is not transient in nature. It has a continuous ecstatic burning sensation in people’s souls unlike instrumental music which captures people once before leaving the beat to do everything else. Hence we can’t say the choral music has fallen.”

This notwithstanding, instrumental gospel takes back its top position.  A number of Apostolic groups disappeared into thin air having

released one or two albums. Mercy Jani, popularly known as Amai Guvamombe of the Garaiwo Muchinamata fame, left her fans begging for more before disappearing into thin air. Mabasa Avatumwa, who scooped the 2010 National Art Merit Award of best choral trophy, disappeared in the same direction after his “Mandigonera” hit. Some of the Apostolic groups have resorted to instrumental music. Among them are Chitendero Chitsva CheVapostora and Baba Vedu Vari Kudenga. 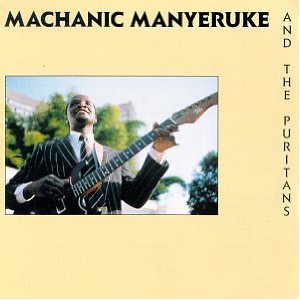 Gospel music in Zimbabwe can be dated long back,  and what comes to people’s minds  are names like the late Jordan Chataika and Mechanic Manyeruke who are undoubtedly the pioneers of local gospel. It was Chataika’s album “Mashoko aMwari” that stole the hearts of many before Manyeruke spiced up with his songs that became instant hits.

In the early 1990s, the likes of Brian Sibalo, Brother Sam, David Chiyangwa aka Mr Bulk and Oliver Mtukudzi descended heavily on the music ground paving way for other artists. It was the hit songs like “Baba Ndiri Mwana Wako” by Mtukudzi, “Tichanoimba Hossana” by Mr Bulk and “Cherechedza” by brother Sam which became a yardstick to other gospel artists.

The turn of the millennium saw the birth of many gospel musicians like Baba na Amai Charamba, Fungisai Zvakavapano, Pastor G and Kudzai Nyakudya to mention just a few. However, Apostolic choral music took over before succumbing to the pressure from the ‘urban’ gospel musicians who eventually dominated. Sebastian Magacha, Olinda Marova, Bethany Pasinewako and Blessing Shumba are the new kings and queens of gospel in Zimbabwe. It seems as if the new generation of gospel musicians are bringing back the old days when instrumental gospel used to top the charts.

Overview of gospel music in Zimbabwe

Hymns help Christians to connect with the Creator through singing