The need to worship God at all times has seen the mushrooming of afternoon prayers at most of the churches dotted around the Bulawayo Central Business District.

Such prayers also known as the Lunch-Hour Prayers are held at Word of Life International Ministries, Celebration Church, Harvest House International, Family Of God, Universal Church of the Kingdom of God, among other churches from Monday to Friday. They usually run for an hour starting at noon or 1 pm depending on the church.

“Lunch-Hour Prayers resurrect hope in my life during the week. My down hopes are made alive every time I come to these prayers considering that it is rare to find another time as this one during the week,” says Thabo Chiradza of Harvest House International. 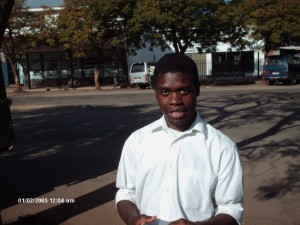 Chiradza, who encouraged Christians working within the city centre to partake in those solemn gatherings also adds: “To me afternoon prayers have become a blessing as I also get time to hear from the Word of God during the week. Corporate prayer has a greater anointing.  I recommend that everyone free during lunch time may attend these prayers.”

Stonehouse Maphosa from Mpopoma suburb has this to say about the afternoon prayers, “Lunch-Hour Prayers draw me closer to God and strengthen my one-on-one relationship with Him. The prayers bring discipline in my life; I learn the Word of God during those prayers, I feel encouraged and socialized.”

Maphosa, who has been attending those prayers at Harvest House International for the past six months, says the solemn gatherings were a must for him and encouraged Christians who desire to experience growth in their walk with the Living God to begin considering partaking in the afternoon prayers.

Commenting on Christians who commit themselves to pray at lunch time when other people in the city centre would be having their afternoon meals, Maphosa added, “It shows how much they love God; it is a sign of love as they sacrifice their lunch time.”

Another Christian woman adds her voice to say, “I had been asking my Lord how I would grow in him after getting born again until I started coming to these prayers.”

She says it would be better for her to miss her lunch than to miss the afternoon prayers, adding that she does not like it when people visit her at her workplace towards lunch time as she would be preparing to go and meet with her God.

At Celebration Church, just a stone’s throw from Harvest House International, afternoon prayers begin at noon while at Word of Life and Harvest House they begin at 1 pm.

All afternoon prayers usually marked by solemn music intercessions and preaching of the Word of the Most High God at different churches in the city centre are open to all regardless of the individuals’ church affiliations.

Meanwhile, there are also morning prayers and services at different churches in the city, with some starting as early as 6 am. At Saint Mary’s Roman Catholic Cathedral there is Holy Mass every morning. At Family of God Church there is Morning Glory service from 6 am to 7 am daily.