Christians in Bulawayo welcome the release of the first and ever purely Christian magazine Set Alight, first issue of which was published this month. 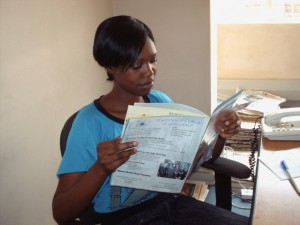 “This is a wonderful concept now that there is something refreshing in the market for Christians,” said Samkeliso Ndlovu of ZAOGA.

She commended publishers of the magazine for coming up with something which she described as “child-friendly”. “I think they [publishers] need to improve on quality and content to match the $2 price. However, we can forgive them since they are just starting. Their concept remains great as we are now assured that we will not see images of half-dressed persons in the paper which targets Christians,” added Ndlovu.

Ambrose Pfidze of Bethel Christian Church said the magazine is good in shaping the future of the children and also hailed the publishers for coming up with the idea he described as “brilliant.”

The 16-page magazine, which is a product of a consortium of Christians supported by the Theological College of Zimbabwe, is already circulating on the streets of Bulawayo and Harare. Issues covered in the new magazine include effects of divorce, doing business in a Godly manner, parenting, and effects of Facebook on Christians.

The magazine’s Chief Executive Officer Wellington Mugwagwa told RelZim that they will increase the number of pages and improve on the paper quality in their January issue after which their magazine would be officially launched at the Theological College of Zimbabwe.

Meanwhile, another Bulawayo-based magazine Gospel Times reportedly being printed in South Africa is set to hit the streets anytime this month.