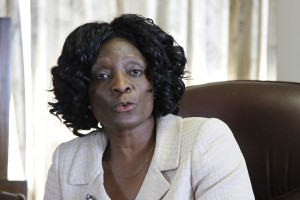 The second round of mobile voter education started last Monday and is going to end on July 10.

This was followed by the first one which failed to register aspiring voters.

The first round did not yield results owing to bad publicity and poor organization on the part of ZEC.

Under their Umbrella body the Ecumenical Peace Observation Initiative the church last week went to ZEC seeking for a green light to participate in voter education.

Peter Tendai Maregere Ecumenical Peace Observation Initiative Director says  “as you might be aware that ZEC has  the sole mandate of accrediting anyone who wants to participate in voter education, like wise our members approached the authority .What I know is that they were given the green light to apply for accreditation of which they did .What they are now waiting for is a response from ZEC.”

Application by the church to ZEC seeking the green light to educate the nation on their rights to vote follows civic society organization’s same appeal last week.

According to the country’s laws only ZEC accredits any organization that seeks to engage in voter education.