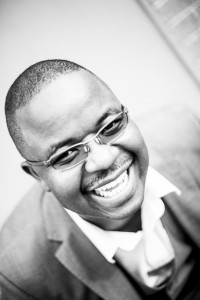 Only gospel old timers can remember the late Brian Sibalo, one of the first contemporary gospel musicians in 80s whose singing prowess rocked the airwaves by that time.

Since his death in 1997, Sibalo’s music has continued to play in the hearts of the 90s gospel lovers who believe the musician’s life was cut short.

Sibalo, who sang a song of hope after the 1991 drought entitled Tinokutendai Baba,, will go down memory lane as one of the best gospel artistes to emerge from Zimbabwe, having left a mark in the gospel industry.

But Sibalo’s fans have something to smile about this year as US based gospel artist.; Comfort Manyame has released a rendition of one of Sibalo’s old time greats, Ndiri Mufambi.

Ndiri Mufambi talks about the hardships encountered in the Christian faith, a journey of the pilgrims.

Manyame said that he was honoured to record a rendition of a song performed by his late music idol.

“I’ve always loved Brian Sibalo’s music. He is probably my biggest influence musically as far as Zimbabwean music is concerned,” Manyame said told this paper from his base in Texas.

The song maintains the original lyrics and sound, but was blended with a modern feel of worship music.

Manyame did the lead vocals in USA, whilst everything was mastered in Harare.

“Ndiri Mufambi is one of my favourite songs which I have always wanted to record as a cover. So sometime last year I contacted Brian’s younger brother,” he said.

Listening to the track, one would mistake Manyame’s voice to the late Sibalo and involving his brother in the recording is an honour to the late musician.

The rendition was produced by Tremier Msipa and is set to give Sibalo’s fans something to smile about.

Sibalo remains a gospel legend in Zimbabwe having released albums like, “Revival Time,” “Thula Moya,” “Jerusalem,” “Ndiri Mufambi (I am a Pilgrim)” “Oh Hallelujah” and “SizofikaEzulwini , whose music outlived his generation.