The Evangelical Fellowship of Zimbabwe (EFZ) has started a maternal health advocacy campaign, as the maternal mortality ratio continues to increase in Zimbabwe amid confusion around the scraping of user fees by government. 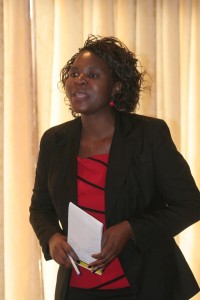 Polite Matibiri, Gender and Development Commissioner of the Evangelical Fellowship of Zimbabwe, said they are concerned with the lack of clarity on the scrapping of user fees for pregnant women.

According to the United Nations Population Fund, the figure translates to about 10 women dying in Zimbabwe every day due to pregnancy related complications. The organisation added that a third of the women in Zimbabwe are delivering at home, while another third deliver without skilled attendance.

“We are not so sure about the scraping of user fees for maternal
health so we organised this meeting where we wanted the Ministry of Health to be there to clarify the whole issue,” Matibiri said.

The EFZ commissioner was at a function called Gender and Development Talk on Maternal Health specifically tackling the subject of maternity fees. The function was organised by The Zimbabwe Women’s Resource Centre and Network in partnership with the EFZ.

According to the organisations, the recently announced official
scrapping off of maternity fees – though a welcome development to
women – was met with mixed reactions, as some people argued against the
sustainability and practicability of such a move.

Moreover, while maternity fees are officially scrapped off in all
state-run hospitals and clinics, there are emerging reports from women
in certain sections of society that they are still indirectly being
made to pay for maternity-related services.

The Ministry of Health failed to attend the EFZ function.

EFZ is a member organisation with Pentecostal and evangelical
churches. It has about 400 churches. The organisation also holds a host of programs mainly to deal with peace and justice, humanitarian and development issues as well as social research.