An US Christian group 116 Clique will be in Zimbabwe from the 22 to 23 November on their first African tour titled the “Unashamed Africa tour.” 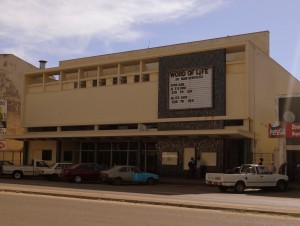 US Christian group 116 Clique to perform at the Word of Life International Conference Centre in Bulawayo end November.

Tawanda Denga, a representative of the First Impressions Africa (organizers of the show), said 116 Clique is scheduled to perform in six African countries. It is only in Zimbabwe and South Africa, where they will hold two concerts.

On the night of November 22, they are scheduled to perform in Harare at the River of Life church. After that they will make their way to Bulawayo, where they will perform the next day at Word of Life International Conference Centre.

The group – made up of Lecrae, Trip Lee, Tedashii, Pro, Andy Mineo, KB and DJ Official, – derives its name from the Bible (Romans 1 verse 16, where Paul talks of himself as not being ashamed of living for the Gospel).

Organizer of the shows in Zimbabwe Denga said the group had considerable influence among Christian youths. – They present Christian message through the hip-hop music genre. He said the leader of the group, Lecrae, has been nominated for the various Grammy Awards, with the most recent being a Grammy nomination for his fourth album Rehab, nominated for the best Rock/Rap Christian album.

As a group, 116 Clique have released three compilation albums: 116 Clique: Compilation Album (2007), 13 letters (2008) and Man up (2011). Their latest work is accompanied by a short film and is a call out for men to exhibit genuine and Bible-based manly character, among other issues.

The organizers of the show for the Zimbabwean audience Impressions seek to promote the the Gospel of Jesus Christ among the young people through music. The organization works in partnership with Word of Life international Ministries. “People should come not to support us, but to receive ministry and encounter God on that night. We are not in any way competing with secular artists, but we are presenting an option for people out there to have fun in the presence of the Lord. All we are for is showing young people that Christianity is the way to go and hope is in Jesus Christ alone,” explained Tawanda Denga.

There is a good vibe over the show among Christian youths in Bulawayo and on Facebook.