As part of its social ministry, the Orthodox Church, one of the oldest missionary churches in Zimbabwe, is paying school fees for a number of pupils in Bulawayo.

Visiting the Church’s Mzilikazi high density suburb parish, through which fees payments are made, we found out that more than 50 pupils are benefiting from the scheme. 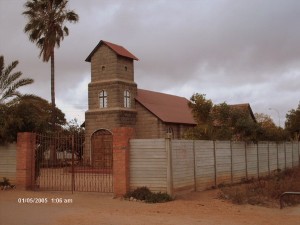 “There are more than 100 people attending this church most of whom are school children, whose school fees are paid for by the church,” said a  boy RelZim.org met in Mzilikazi, who declined to be named.

The boy, who himself is a beneficiary of the project, went on to explain that the recipients are drawn from Mzilikazi, Makokoba and the surrounding suburbs.

The Orthodox Church is one of the missionary Churches that still see the need to invest into the education of their believers apart from spiritual empowerment.

Liturgies at the Mzilikazi parish are held every Sunday between 8 and 10 am. Unlike at the city centre church, where the Eucharistic celebration is exclusively in Greek, the liturgy here is in Shona and Ndebele, although some hymns are sung in the European language.