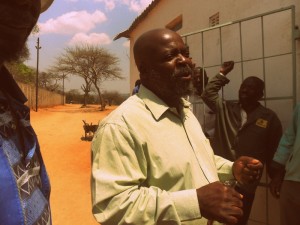 Members of the Johanne Masowe Apostolic sect have developed their own primary school at the shrine in Gandanzara in Manicaland Province.

Vapostori believe sending their children to a separate school will corrupt them. “Start children off on the way they should go, and even when they are old they will not turn from it.” (Proverbs 22:6).

Josiah Mahambi, a Johanne Masowe elder, told journalists that they have decided to build their own school so that they grow up upholding the apostolic morals and values. “We decided to build our own primary school. We don’t want our children to be polluted. We want them to grow respecting our religious beliefs and morals. They go to different secondary school because what is important to us is primary education. We want to catch them while they are still young,” Mahambi said. 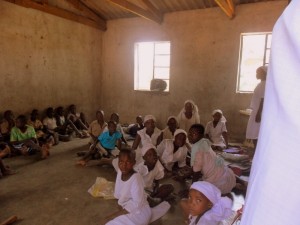 Mahambi said the school also accommodates children whose parents are not their members but children are supposed to abide by the school rules.

The primary school has an enrolment of 145 pupils.

Other members of the group bemoaned lack of proper standards calling for help as they are keen to see their children receive better education. “We don’t want these kids to experience the challenges that we faced. We expect them to get a better education. We want them to have books and as you have just seen they are learning while seated on the floor which naturally disturbs the level of concentration of theses kids,”

Angeline Kutsanzira, a teacher in charge of the school, said last year 13 students sat for grade seven examinations and most of them did well. The school is yet to get an examination license so students go to a school next door to seat for their exams. 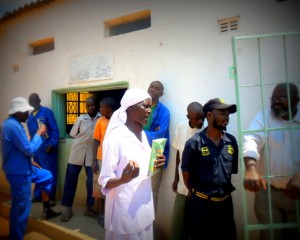 Kutsanzira said they are in need of textbooks, as pupils do not have textbooks except for a few whose parents can afford to buy those.

The school is not registered by the Ministry of Education, Arts, Sports and Culture.

The visit to the shrine was part of the Media Capacity Development training workshop that was being held by the United Nations Children’s Fund in Nyanga.