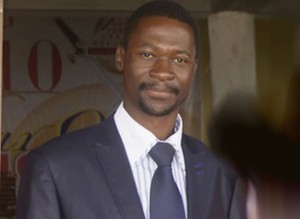 Mudede this week told the media he has over the last few months been investigating the incident to ascertain whether “no law was broken because he (Makandiwa) does not have power to issue marriage certificates at such a grand scale”.

“I wish to respond to newspaper articles which appeared in the press in December where Prophet Emmanuel Makandiwa was alleged to have solemnized 606 couples. The Registrar Generals Department does not condone solemnization of mass weddings of any kind,” Mudede said adding that the investigation had been headed by his deputy in charge of marriages Gorden Tsuro.

“Investigations which were carried out by the department however established that what actually took place was not solemnization but it was a church blessing of married couples who already had marriage certificates”.

Mudede “banned” mass weddings in 2012 after reports that some of the marriage officers were facilitating illegal marriages of conveniences mainly involving Zimbabweans and foreigners mainly from West Africa and China.

He described the so-called mass weddings were “treacherous because marriage officers should not issue marriage certificates to multiple couples at the same time”.

“Members of the church (UFI) who participated in the so-called mass weddings must be warned that certificates purportedly issued under such conditions could be invalid and may not be used to secure passports and other important national documentation.

“I wish to emphasize that mass weddings are not permitted. We are still carrying out investigations to establish if we have not been cheated; anyone who will be found going against this position will be prosecuted,” Mudede said.

On the 1st of December last year, the effervescent Makandiwa presided over the marriages of a record 606 couples and described it as a blessing from God.

Mudede, at the time, immediately instituted investigations into the case.

It is not the first time that Makandiwa has had run-ins with the law. A few years ago he was probed by authorities for reportedly producing mobile phone recharge cards without a telecommunication license.