Makandiwa to open branch in SA 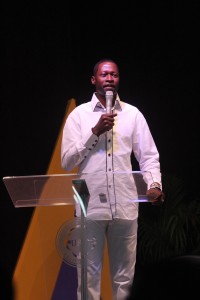 Ufic spokesperson Prime Kufa said Makandiwa will be in South Africa next week to officially launch his first branch.

“We already have five branches in that country but we are only going to officially launch the first one in Sandton next week from October 23-25,” Kufa said.

Makandiwa is following in the footsteps of another local self-proclaimed prophet Walter Magaya of the Prophetic Healing and Deliverance ministries who has in the past month been to neighbouring Botswana and South Africa for crusades.

Asked if they were following Magaya, Kufa said they already had branches in other parts of the region.

“We already have branches in Botswana, Zambia and Windhoek in Namibia. Two or three weeks after the South Africa event, we will likely be launching the Lusaka [Zambia] branch,” he said.

Kufa dismissed criticism of his church and other Pentecostal movements that they were out to fleece ordinary people of their hard-earned cash.

“I am not sure where people get those kind of things. The God we serve makes sure his gospel expands and we are just following his call,” he said.

“In this part of the world, we did not know of Christianity until the original churches that we all know came. It has nothing to do with money.”

From humble beginnings, Makandiwa and Magaya have turned into flamboyant personalities with business interests straddling different sectors of the economy.