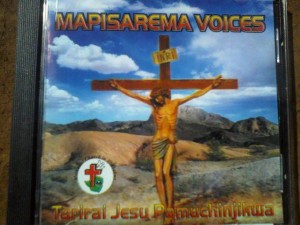 The album launch at Methodist church in Mbizo Central this coming Sunday coincides with the group’s third anniversary. Mbizo is a high density suburb in Kwekwe.

In an interview with Relzim.org, one of the group members Leon Chinongwenya described the album as appealing in terms of voice synchronization and called upon people to attend the launch to experience this. “I urge all gospel music lovers to throng the Methodist Church, Mbizo Central for a blessed experience as we praise the Almighty God in song.”

The eleven-member group is expected to leave gospel lovers spell-bounded with their melodies at the launch. Apart from showing consistency and dedication to producing good music, Mapisarema Voices’ members can connect their voices while singing different vocal parts.

Mapisarema Voices’ popularity has become phenomenal, as they are now receiving invitations to perform at hospitals, weddings, funerals and orphanages.

The group was formed in January 2009 and released their first album Svederai Mweya Wangu in June 2009. Their second album Ishe Wangu Maindidisa was released in July 2012.

One Response to Mapisarema Voices to launch third album in Kwekwe