Mat South chiefs to meet over profaning of Njelele Shrine

Next week on Monday, Matabeleland South chiefs are to meet with the president of the Chiefs’ Council, Chief Fortune Charumbira, and his deputy, Chief Mtshana Khumalo, to discuss the unprocedural invasion of the Njelele Shrine by people believed to be Zanu-PF sympathizers. 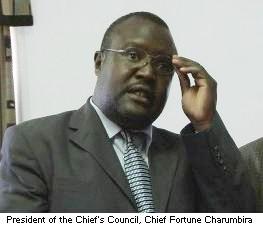 Reports from Mat South province indicate that between November last year and May 5 this year over 1,000 pilgrims from outside Matabeleland secretly forced themselves into the sacred shrine without the approval of the local traditional leadership, something that has not gone down well with the latter.

Meeting at Esigodini, Umzingwane district, this Monday traditional leaders did not have any kind words for the intruders whom they described as not only arrogant but disrespectful of the Ndebele culture and tradition.

Njelele Shrine, situated in the Matopos, is widely visited during the winter season for rain-making ceremonies ahead of the rainy season. It is taboo for anyone to think of visiting the shrine during summer. But Zanu-PF sympathizers, who claimed to have an approval of the party, violated the procedures.

Matabeleland South governor, Angeline Masuku, said her party would act swiftly on the matter to ensure that Zanu-PF brand is not put into disrepute ahead of elections.