Up-and-coming gospel outfits in Kwekwe are facing a challenge to make it in the mainstream musical industry. Part of the issue is their marketing strategy, with piracy being another factor. 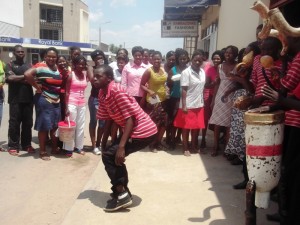 This challenge has not only affected Kwekwe gospel groups but it has spread across the country with notable big players in the music industry crying foul over poor rewards of their hard work.

Speaking to Relzim.org, Chairperson of Varumbidzi Voices of Methodist Church in Zimbabwe said that they are in financial quagmire, as their albums are not selling well in the streets.

“In 2012 we released an 8-track album entitled ‘Munavana venyu Mwari’ but we only sold it in the church. And still the profit was little. We have now resorted to street performance and then soon after the performance we will sell our discs,” said the group”s Chairperson Kurauone Mavhangira.

He further indicated that they got advised by their producer (of Metro Studios) to sell discs in streets as it is more profitable than to sell them in music stores. 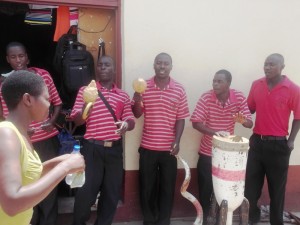 “Each disc is produced for 70 cents and we resell it for USD1 each. However, the profit that we are making out of this business is little and piracy is also affecting our market,” he said.

William Gumbochuma, fan of Varumbidzi Voices criticized the strategy for the current disc production and marketing. “They should have their discs sold in credible music stores and avoid their work being produced by backyard studios. Recording studios such as Gramma Records are renowned ones. If one has his or her music produced by such studios they will be guaranteed of air play on local radio stations,” he said.

A group member also indicated the lack of adequate sponsorship to produce quality products. “If we had adequate sponsorship, we would have our music produced in South Africa in a way that the discs cannot be pirated. We also don’t have money to stage live shows so that people can learn about our music,” said Polite Mangova.

The Methodist outfit, which is raising money to produce a music video, has four albums to their name. The group is comprised of seven members: Farai Zambe, Edmore Bafana, James Mavhangira, Clifford Ndlovu, Polite Mangova, Mattherw Nhamburo and Kurauone Mavhangira.