Mugabe will die this year-Pastor Mugadza 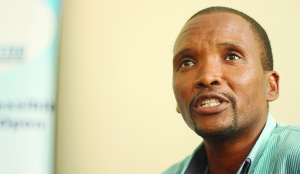 Kariba based-Remnant pastor Patrick Mugadza has said that God revealed to him when Zimbabwe’s President Robert Mugabe will die this year.

The firebrand prophet said that God on the 26th of October late last year through a prophecy reveled to him when the nonagenarian leader is going to die.

“When I was praying last year on the 26th of December, God told me that the President is going to die,” Mugadza said.

The man of the cloth urged the Zimbabweans president to pray to God so that he does not die just like what the biblical king Hezekiah did and God extended his days on earth.

“King Hezekiah received the same prophecy and he prayed to God, and he lived 15 more years, so the President should do the same only if he has something to tell God which he has done for the nation so that God could spare him because this prophecy is real,” said the pastor.

The prophecy of death of the President has been prophesied by many, which unfortunately did not come to pass.

However, Pastor Mugadza said that people are now failing to believe in prophets of today, but what God has told him will surely come to pass.

“There are so many prophesies which have failed in this country, but this prophesy is real, God has promised me that it will come to pass. Mugabe will surely die on the 17th of October 2017,” he said.

Mugadza said the death of Mugabe will bring hope to the nation since he has ‘ruined’ the country which was once beautiful.