New Christian magazine coming out in Bulawayo next month

A consortium of Christians in Bulawayo have established a monthly Christian magazine that is set to hit the streets of Zimbabwe in November. 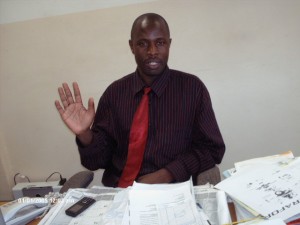 explained to us that the publication Set Alight is meant to be propagating nothing but Jesus Christ. He added that the publication aims at a broad audience. “We want to focus on our similarities as Christians from across denominations, instead of differences because Jesus died to save us all.” And he further elaborated, “Whosoever is interested in dealing with Christ, whether he or she is Pentecostal, Catholic, Vapostori under the trees – all will be accommodated in this magazine.”

The other consortium members include Theological College of Zimbabwe’s Rev. Dr. Ray Motsi and Dr. Robert Heaton (who are the magazine’s chairman and editor respectively), Patience Marck, the Marketing Director, and Nomathamsanqa Sibanda, responsible for the design and layout.

Mugwagwa, who is a member of Celebration Church, said he saw the need to fill in the information gap in the mainstream media that do not usually give spiritual matters enough exposure. “I am a Christian myself, and I have been preaching for quite some time. What I know is that Christians have problems that need to be dealt with from a Christian perspective and I believe our magazine will create that platform,” said Mugwagwa.

Set Alight will start with 18 pages and will expand with time. Some of the issues in the magazine will include parenting, effects of divorce, effects of technology on Christians, motivational poems among other  Christian matters. The brand new Christian periodical will have a section where pastors and other church leaders can advise people on spiritual concerns.

Headquartered in Bulawayo, the magazine will be distributed across the country, if the market is there. Coming up with the project has not been a stroll in the park, but the enthusiastic Mugwagwa said he would be travelling to Harare soon to get his publication’s licence from the Zimbabwe Media Commission, the print-media licensing and regulatory authority.

The magazine CEO, who had worked for the now defunct Roman Catholic magazine Moto  and is currently employed by the Financial Gazette advertising department, said his brainchild will  join  El Shaddai, a Praise and Worship Centre monthly Christian newspaper, recently launched in Zimbabwe’s second largest city.

Set Alight could signal the beginning of a vibrant era in the Christian media in Zimbabwe, which the country has lacked since the attainment of independence in 1980. So far, the tendency has been for churches to print their internal publications.  In this respect, some Southern African Development Community countries such as Zambia and Namibia have already made significant progress. They have Christian media in the form of newspapers, magazines, radio and TV stations.

Mugwagwa also said he envisaged himself and his team in the future growing their media base from a magazine to a radio station and finally to a TV station, both of which would propagate the word of God.