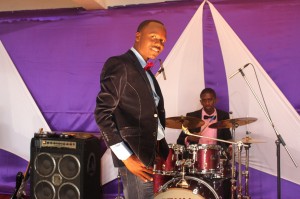 Life Nechavava, an upcoming youthful gospel musician, has thrown his weight into the gospel music industry, bringing in a paradigm shift to the music genre.

Nechavava said he felt he was conceived with music running in his blood veins.

“I was born with music inside me, but due to financial constraints I started exploring my music journey later in 2004,” revealed Nechavava.

The 25 year old gospel musician said he made a name for himself when he worked with Sebastian Magacha, Pastor G, Bethany Pasinauyo and Orlinda Marowa on the second and third projects of Zimpraise.

During the second ZimPraise project Nechavava said he produced a song called Ishe nditungamirirei, claiming the track topped the charts on the national airwaves.

According to fans, the young gospel artist recently showcased a tremendous display at Century House as a special guest.

The young musician said he was faced with huge capital hurdles to boost his new found talent.

‘Lack of capital is a major stumbling block to all musicians who haven’t gained ground because when you are still new you need to work with the best producers so that your album won’t be a washout. That’s where the problem is because veteran producers don’t come cheap,” said Nechavava, adding that he owed it to God his ability to spread the gospel through singing.

“Music does not lie, if there is something to be changed in this world, then it could only happen through music. Likewise I want to use my vocal talent to reach out to many souls that have gone astray to repent,” he said.

The young musician who said he is inspired by Thembalami Tagwirei and Takesure  Ncube said he has the capacity to bring a new face to  Zimbabwean gospel music.

“The music that I sing is odd in the Zimbabwean music circles as it is a blend of soft rock and afro jazz” said he said.

Nechavava who said he works as an IT consultant said he has been long thrilling his fans with a blend of rock and jazz music which his fans described as the best in the country.