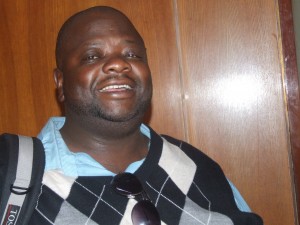 For Stanley Gwanzura better known as Pastor G – (GP) he is one of the most decorated and recognized gospel singers in Zimbabwe, He says gospel music is the voice of God that should be understood by all nations, ethnicity, personality, history and cultures in all languages.

Gospel music, he adds, should be a powerful tool in provoking the presence of God for everyone to know and receive salvation regardless of their age, nationality or race. He speaks to NewZimbabwe.com (NZ) about is 15 year journey in the industry and future plans.

NZ: On your 11th studio album released in 2012, you said you are now concentrating on delivering music that means something so that listeners can have something to refer to for encouragement. What can we expect from you in future?

NZ: How many albums do you have to date and when did you record your first album?

PG: I have 11 albums including tidings of love. I recorded my first solo compact disc in 2000 entitled Tariro.

NZ: What are the names of your albums and which one do you relate to the most?

NZ: Gospel music has changed a lot from pioneers like the late Jordan Chataika in the 80s to the latest gospel album by Casey Sekiwa. When you look back, what has changed what are the merits and short-comings of the genre over the years?

PG: The advent of more recording studios, satalite tv, more radio stations and social media has caused music to be more accessible to the masses. The face of mass media has changed in that mass media is not mass media because of the mass reach rather it is mass media because of the plurality of media formats available. A song can become viral overnight via social media without engaging traditional mass media, hence gospel music can be produced faster quicker and in different styles. The short comings are that everyone who has opportunity, records but they may not have the content or the character that goes with the calling of preaching through music.

NZ: What inspires your music?

PG: I would say the word (Bible), God and life experiences but mostly Gods calling on my life

NZ: How do you balance being a pastor, musician, husband and father?

PG: It sometimes is a hard balancing act to do but you have to make time for family because at the end of the day, they are the only ones that matter.