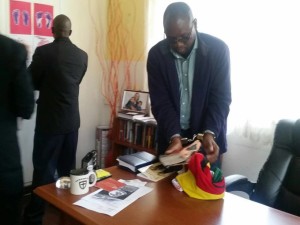 Mawarire was summoned to CID Harare in the morning where he attended together with his lawyers.

After charging him, the police took Mawarire to his Avondale house for a search. Reports said the police wanted access to Mawarire’s mobile phone which he had left behind when he handed himself in.

According to some activists and friends, the search is illegal as no warrant of search had been issued.

In a Facebook video posted online late Monday Mawarire said: “We have broken no law, so I take it that it’s just routine questioning, but in the event that I’m arrested, I want you to understand that even if they arrest Mawarire, the issues remain the same. We are in the clear.”

Mawarire and followers are demanding an end to corruption and police brutality and that civil servants be paid their salaries on time among other things. 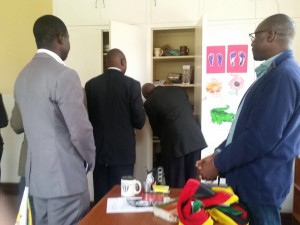 The protest pastor came to prominence in April when he draped the country’s flag over his shoulders and recorded a lament on the state of his nation.

Last week, ThisFlag movement called a national shutdown which was dubbed a success after people stayed at home bringing business to a halt.

Police rounded up many protestors and, in some cases, recorded themselves whacking their victims