Rastafarians from across Zimbabwe pray for peace in Marondera

According to Bulawayo 24, hundreds of Rastafarians from across the country converged on the 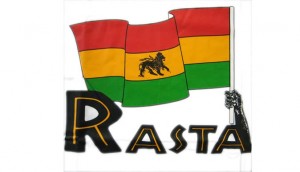 Cherutombo House of Nyahbinghi in Marondera on Saturday to pray for peace in the country.

The prayer meeting coincided with preparations for this year’s Unity Day commemorations. The Rastafarians began with a march along the streets of Marondera, drawing large crowds as they hoisted the Rastafari flag and sang praises to their leader, Haile Selassie I. They later preached at Cherutombo Shopping Centre.

Addressing the gathering, deputy director in the Ministry of Media, Information and Publicity Mr. Colin Mungate, who stood in for Minister Webster Shamu, commended the Rasta community for promoting peace and righteousness. He said Rastafarians should continue to enjoy freedom of expression and worship, adding that their anti-imperialist stance would help conscientise the nation. “We want the Rasta community to own land as well as be given places to worship in every urban area. We will, as government, ask all local authorities to give Rastas a place where they are free to pray and practise their religion.”

Mungate added that it was through the prophecy of the likes of Marcus Garvey and the late reggae musician Robert Nesta Marley that many young Africans took up arms to fight the white settler regime. “Rastas are known for honesty in everything they do. They are not greedy or selfish.”