The Seventh-Day Adventist (SDA) music festival held in Kwekwe last Saturday brought together various choirs from across the 9 districts in the region. 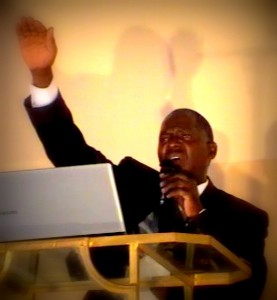 The event, which was attended by more than one thousand Adventists and non-Adventists, lived up to its billing as the choirs sang and recorded their songs as a way to promote SDA music.

Speaking to Relzim.org, Melusi Machacha, District Chairman in Kwekwe District Central, said that the idea behind the music festival was to spread God’s word through music, promote SDA music and provide people with an opportunity to feel the original SDA music “composed from the notes.”

The president for the Central Zimbabwe Conference (CZC), Pastor Etwel Tapera, gave a lecture on the impact music has on people.

Tapera urged people to be conscious of the type of music they listen to, since music has an impact on the behavior of people. “Satan can also make use of music to mislead people,” said Tapera.

Farai Siwadi, a member of the SDA church commented, “This day is about showcasing the music talent that we have and also praising God through singing.”

Choirs came from places such as Chiundura, Redcliff, Mhondoro, Rio Tinto, Zhombe, Sanyati, Kadoma and others within the region.

Among high-profile guests who graced this occasion was the regional coordinator Pastor Felix Njini, and other pastors from the region. 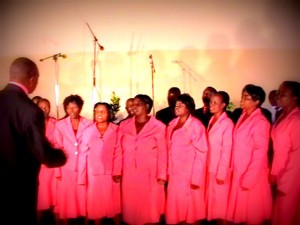 The music DVDs are available for sale in the Adventist Book Center (ABC).

One Response to SDA holds music festival in Kwekwe