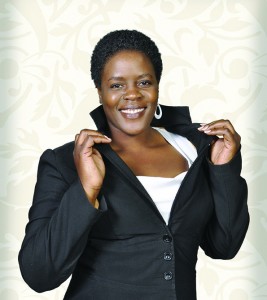 Gospel singer Alpha Nhambure has scored a first by becoming the only musician to launch her album in the rural areas.

Nhambure said she felt that the rural folk was being neglected by artistes who want to cash in with the urbanites.

“I have been doing crusades in the rural areas and my music is being received well. I just thought that the people have the right to first hear the new album first before anyone else,” she said.

The ten track album is a mixture of traditional hymns and Pentecostal songs.

“I grew up going to the traditional conventional churches before turning to Pentecostal church. I have tried to highlight this in my new album.

“I have traditional hymns and praise and worship songs,” she said.

Alpha, who is a civil engineer by profession, said she never grew up singing but was anointed by her pastor to be a singer.

“My songs are not for entertainment but for spreading the word. My hope is to spread the word to many people and bring them closer to God. I do not sing to find fame or fortune but to bring salvation to the masses,” she said.

“My album seeks to unite the Christian community and music lovers.

“People should expect to be anointed with the word hidden in the instruments,” she added.

Alpha said the idea emanated from her deep rooted religious and music background.