“We raised 24 from the dead”, says Angel’s wife 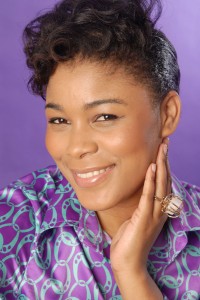 Prophetess Angel, a co-founder of Spirit Embassy, said the revelations when she was preaching in Oslo, Norway at a seminar organised by Norway’s Vision Heaven Church.

“I’m so happy to be here, it’s an honour and privilege to be here. And I come with the blessings of my husband, Prophet Uebert Angel, who I serve under. He has released me to come to this meeting. So everything you will see me do here, or what you have already seen, for some have seen me on YouTube, it’s because of the anointing that I have received from him,” she said.

She said through their ministry she has witnessed the hand of God as many lives have been served.

“We don’t do what we do because we are so clever. But it’s simply election by grace. The grace of God has been abound in our lives. We have seen the salvation of thousands of souls. Through our ministry I have seen God touching lives. I have seen people who are dead being resurrected. Last year in our church we had 24 people raised from the dead.”

She also told the congregation of close to 50 people of the miracles that her husband has been doing over the years.

“We have seen serious revival, God performing crazy miracles. We have had miracle weight loss for fat people, people losing weight instantly. 50kgs just falling off somebody. And also weight gain for the skinnier people. We have also seen tall people going shorter, short people growing taller. People with serious addictions being saved just like that.

She added: “We have also seem gadgets coming to life, refrigerators that had stopped working five years, ten years ago, coming back to life. Because of the power that we have in the name of Jesus. There is nothing that the Lord Jesus cannot do. He will use a donkey if He has to,” she said, much to the surprise of the white congregants who were listening attentively to her.

Prophetess Bev, who has powers to tell anyone’s phone number, ID number or any other personal information then took the chance to speak on when and how they started their church.

“Our ministry started in 2007. We had a revival in our very own house. We were seeing angels on a daily basis. We were communing with angels on a daily basis. We knew that we had a calling upon our lives. My husband was called when he was aged 7. So we always knew that we were called into ministry, into prophetic ministry, to demonstrate the power of God. And at that age, he knew people’s lives, he would know what was going on in family. Intimate details about people from the age of 7. So it’s not something that he graduated into,” she said.

When I kiss you, I taste the sublime, can’t get enough of you:Prophet Angel tells Prophetess Beverly