Nehanda Radio reports that a Zimbabwean woman collapsed and died in front of fellow church members on Sunday March 18 after standing up to lead a prayer for Bolton Wanderer’s midfielder Fabrice Muamba who had the previous day suffered a heart attack during an FA Cup quarter-final match against Tottenham. 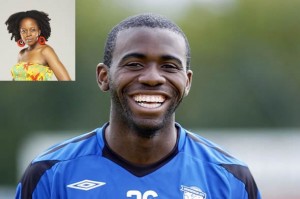 Christina Goredema, 35, married to another Zimbabwean Eddie Jenami, died in front of a shocked congregation at the Majestic Christian Centre in Hillingdon, England. The tragic irony is that she died from a heart related ailment having stood up to pray for Muamba whose own heart stopped for two hours following his collapse.

Muamba remains in intensive care at the London Chest Hospital and is continuing to show signs of improvement following the incident. His plight touched many people the world over, including Christina who elected to lead a prayer for the footballer’s recovery. But sadly she would pass on during prayer.

According to New Zimbabwe, Christina’s friend Artur Correia was at the service with her husband and the woman’s two children aged four and two. He described what happened that day, “She had taken the microphone and was talking about how Fabrice was too young to be this sick when she fell on to a pastor. “Someone rushed to try and revive her, but it was no good. We are in shock.”