Earlier this month, I went to see prominent Zimbabwean director and producer Stephen Tayengwa Chigorimbo (62). Some of you might not know that Chigorimbo is also an elder with a Pentecostal church. He goes to Apostolic Faith Mission in Harare’s Avonlea suburb. We talked about faith, inter-religious dialogue and developing media skills to communicate the Good News. 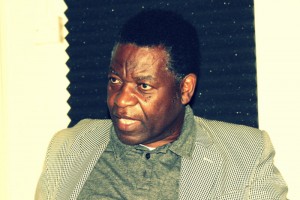 Moses Chibaya Tell our readers about the origins of your life as Christian
Stephen Chigorimbo I was a Christian since I was 7 years old. My father was a pastor. I was brought up the Christian way. Being a real African, I was born in the rural areas. I was born among people who believed in African religion but my parents became Christians. My father and mother tought me to read the Bible and pray to God through Jesus Christ.

I got into media at church when I was 8 years old. My first experience of performing in a play was when I played Goliath (the biblical story of David and Goliath). So my whole life, my whole 62 years of life, most of it, I have been leading a Christian way of life.

Moses Chibaya How is your work in the film industry linked with your Christian faith?
Stephen Chigorimbo When I went into the media it was really an extension of me as a person. It’s a calling for me to be in the media.

You know when some people are brought up as Christians but then sometimes they don’t make a personal commitment to be a Christian.

In my case, I made the personal commitment. So my work in the media — whether on radio, television or the press — has always been geared towards my life as a Christian, to fulfill my goals as a Christian.

I don’t just do it as a job. A lot of stuff that I have done I have not been paid for it. But to me, it’s a calling, a vocation. That’s my Garden of Eden. When one day God will stand before the judgment throne and the Almighty says, “Ok Mr Stephen, tell us what you have been doing on earth?” my work is really what I would be showing.

There have been pluses and minuses like everything in life. There are aspects that sometimes look like they conflict with your Christian religion. I will give you an example. One day I was asked to play a part in a movie — the first feature film which I acted in — I was acting as a freedom fighter. Now when you are a freedom fighter you [might] have to kill when you face the enemy. I was 23 years old then and it was a big issue for me. — Remember 40 years ago there was not much television as there is now. — To me, being asked to play a part of a freedom fighter, performing in a killing scene, you can imagine, seemed  conflicting with me as a Christian.

I went to my father to ask him how to resolve this issue. He said to me “What is the problem? You played Goliath. Goliath was a killer.” So as long it’s acting a part, there is no problem.

I will play almost any role that I am asked to play if I am acting. There are good guys and bad guys like it is in life off-stage. When I am playing a bad guy it’s not me it’s a part I play. So I deliver and I imagine what the bad guy would be doing in a situation. 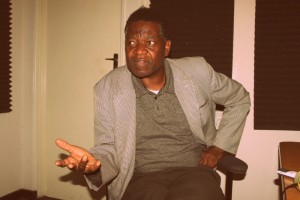 Moses Chibaya How can Zimbabwean churches use the media better for evangelization and social ministry?
Stephen Chigorimbo When Lord Jesus Christ was on earth he used the media of the time to the maximum. So anyone who is there to proclaim the gospel and does not use the media is actually failing to do the job that they are supposed to do. We should have people who write about the Christian faith. We should have people who sing. You don’t have to be preacher, you can be a singer and through that you are actually proclaiming the gospel.

Moses Chibaya How can ordinary Christians use and consume the media in a responsible way towards the betterment of the society?
Stephen Chigorimbo The media is the face of human beings. It’s how people interact. The media is our face, it’s also our ears and it’s our mouth. Christians should use the media exactly the same way. You must search for the correct sites because the sites that are not good always make themselves available. It’s you who has go to develop a culture.

Moses Chibaya Some of your colleagues are of a different religion. How does interacting with the Muslims contribute to your life as a Christian?
Stephen Chigorimbo The first law that God gave us is to love one another. That love should be expressed through the love of justice. If a person is Muslim and doing something right they must be encouraged. That’s how I see it. And if a Christian is doing what is wrong they must be corrected.

I believe it is the person who is wrong whether they are Muslim or Christian. When they are corrected for doing something wrong and they say, “I don’t want to be corrected by you” that person is the one who is wrong.

I interact with followers of other religions because they are all human beings. They  are all trying to reach God.