It was jubilation on the streets of Bulawayo, as the Christ Embassy faithful sang, danced and chanted the name of Jesus in their quest to spread the gospel through their Rhapsody of Realities. 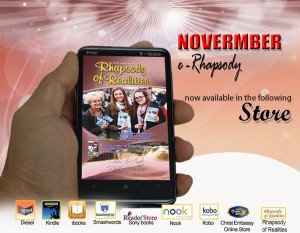 The reach-out campaign was slated for Basch Street Terminus popularly known as Godini. There passers-by were given free copies of the devotional book by Senior Pastors Chris and Anita Oyakhilome.

Rhapsody of Realities is one of the best-selling daily devotional book, available in over hundred languages including Greek, Portuguese, French and Swahili. It has been in circulation around the world for over a decade.

Pastor Sean Naboth from Betbridge told Relzim.org that the campaign was received well and set Betbridge on fire for God. “This year’s exercise surpassed last years’ and it’s was amazing. Betbridge received the gospel in a mighty way because we believe in preaching the gospel to all creatures,” Naboth said.

The previous reach-out exercise drew thousands onto the streets and caught the attention of police Commissioner General Augustine Chihuri who gave a testimonial of how Rhapsody of Realities had impacted his life for the good.