reprinted from the NewsDay by Jealousy Mawarire 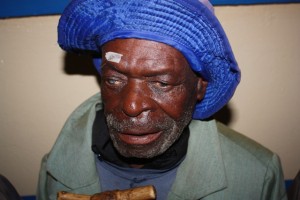 The Operation Restore Sight programme was launched at St Albert’s Mission Hospital in Mashonaland Central Province by a team of 18 medical doctors and nurses from Makandiwa’s United Family International Church.

Speaking after the launch, team leader Dr Wilfred Muteweye said the programme had so far benefited 348 eye patients, some with cataracts. “We managed to operate on 103 patients and all the operations were successful. Out of the 103 patients that were operated, 53 were totally blind while the other 50 had lost vision in one eye,” Muteweye said.

“Eye camps are usually known to have success rates of around 80-85%, but ours, because of the prophetic unction, was 100%. We had very emotional moments during the eye exposures after the operations.”

One of the beneficiaries, Berita Rukute, said she had become a “social outcast” and a burden to her granddaughter who had to drop out of school to take care of her. “I couldn’t move on my own so my granddaughter had to stop going to school to take care of me. No one else could help among the villagers except this small girl. And every time I pray to God, I forward her name that she be blessed,” Rukute said. 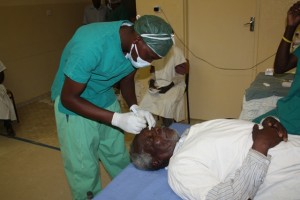 Another beneficiary, Fledger Jekiseni, said his blindness had forced him to endure the embarrassment of being led to the toilet by his 37-year-old daughter for three years after his wife deserted him because of his loss of sight.

One Response to Makandiwa’s program restores sight to 103 patients