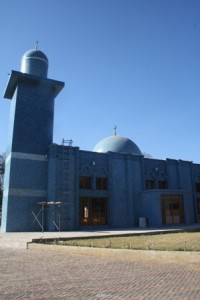 Sponsored by Iranian, Lebanese and [East] Asian Shia Muslims the first mosque for Shia Muslims opened in Zimbabwe on July 15, 2012.

According to the public relations office of the Islamic Culture and Relations Organization, the Harare-situated mosque was partly built with the support of Iranian Cultural Office and representative of Ahl-ul-Bayt World Assembly.

The opening ceremony of the Masjid Ale-Mohammad Mosque was attended by ambassadors of such Muslim countries as Pakistan, Indonesia and Malaysia and representatives of various Islamic Centers: Deputy Minister of Islamic Guidance and Culture, Dr Massoud Pour, and Hojatoleslam Syed Mortadha Mortadha, a member of the Supreme Council of Ahl-ul-Bayt World Assembly.

The colourful ceremony was equally witnessed by a large number of followers and lovers of the Ahl-ul-Bayt, members of the Supreme Council of Islamic Affairs in Zimbabwe, Zimbabwe Muslim Youth Organisation, Fatima Zahra (as) Women’s Organisation, University of Zimbabwe officials and Muslim students from various universities.

Chairman of the Ahl-ul-Bayt Foundation of Zimbabwe, Abass Naqvi, welcomed all participants and thanked all ambassadors present for bearing witness to the inauguration of the mosque.

His Excellency, Iranian Ambassador to Zimbabwe, Mohammad Pournajaf, while welcoming the first Shiite mosque, underscored the need for unity and solidarity among Muslims in this country saying Masjid Ale-Mohammad Mosque should serve as a focal point for the unity of the Muslim Ummah (Muslim people) in Harare and Zimbabwe. 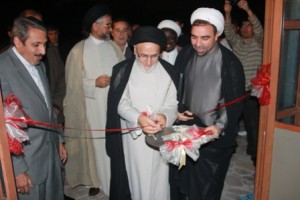 Visiting Iranian Deputy of Culture and Islamic Guidance, Hojatoleslam Massoud Pour, praised members of the Board of Trustees of the Ahl-ul-Bayt Foundation of Zimbabwe, paying tribute to Hojjat al-Eslam Mohammad Asadi, saying his valuable presence in Zimbabwe had contributed immensely towards the completion of the mosque.

Hojatolslam Syed Mortadha Mortadha spoke highly of the importance of a mosque as a defence mechanism for safeguarding the youths from the dangers posed by the modern world where television, radio, magazines, internet and mobile phones have become dangerous instruments of destabilizing morality and human values in the world. He said the mosque should be used as a place for nurturing the youths and bringing the Ummah together.

How to make Muslims more prominent in Zimbabwe?