reprinted from IN TOUCH WITH CHURCH AND FAITH #172, a Jescom publication 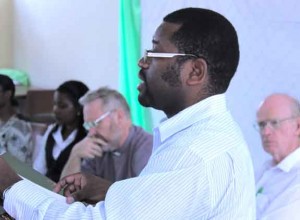 Key posts in Zimbabwean province are being taken over by young Jesuits. Earlier this year, Fr Gibson Munyoro SJ took over as director of Silveira House and Fr Sylvest Kasirori SJ as parish priest of Mabelreign.

Now Fr Ugenio Phiri SJ has been appointed rector of St Ignatius College. He will succeed Fr Roland von Nidda SJ in the middle of the year. Fr von Nidda will take over from Fr Paul Mayeresa SJ at St Peter’s Kubatana, who will move to Banket as parish priest.

Fr Dieter Thiel SJ, who recently celebrated his 80th birthday, is leaving Braeside after 12 years as parish priest of this very large parish; he will be chaplain at the House of Adoration (home of senior Dominican Sisters). Fr Mark Hackett SJ takes over in Braeside.

There will be more changes after the ordination of four new Jesuits priests in July.