When Fr. Krystian Traczyk was the parish priest at Plumtree, Joseph Bunga was in form 3 there . “I was one of the students who arranged for him to come to the Anglican school and celebrate the mass for all the Catholics.”

Joseph Bunga was 15 years old when Pope John Paul II stepped on Zimbabwean soil in 1988. “I remember distinctly that time when I was going through a period of doubt about my faith as a Catholic and even considering whether I should change, go to another Church. And also having big doubts about the role of the Pope in the Catholic Church.”

Growing up on an Empandeni mission, he says he wanted to look for an alternative worldview. “It was the time when I was reading this book The Reign of the Three Popes and it talked

about various conspiracy theories: how one Pope was gotten rid of.”

Mr. Bunga remembers going to Bulawayo with the family “because, hey, the Pope is coming around.” John Paul II was talking to the faithful in Escort Racing Centre in Bulawayo.

“I was very skeptical: some guy in long white robes. And then he stepped out of the Popemobil and.. wow! The sense of humility that I saw just by looking at him— it was incredible and I literally changed my perspective at that moment.”

It is not the only moment that made Joseph Bunga  firm in his faith but it was the turning point to say, “The Catholic Church is where I want to be. And the Pope is a good leader for the Catholic Church.” 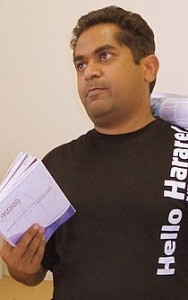 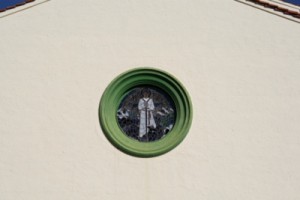 Fragment of the Anglican chapel at Plumtree High School (photo by Joseph Bunga).