Churches speak out on draft constitution

Zimbabwe Christian Alliance, a grouping of churches in the country, says it is concerned with the 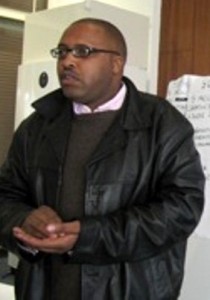 delays in the finalization of the constitution-making process. ZCA argues the Constitution Parliamentary Committee (COPAC) should waive the second all-stakeholders’ conference and take the supreme law draft to a referendum to avoid further delays.

The grouping’s executive director, Useni Sibanda, told RelZim.org the second all-stakeholders conference was likely to be marred by violence and confusion like the first one, a development that could further stall the completion of the process which has been continuing for over three years. “Political parties should not be negotiating the draft constitution by now. It is high time the document is taken to a referendum instead of a second all-stakeholders conference,” said Sibanda.

He added: “This, however, should be after the document has been publicized as wide as possible and wide consultations have been made with the people so they may know what they will be voting for. We need people to debate the draft constitution. But the draft is still not being taken to people but political parties and that is unacceptable.”

Sibanda said the church was happy with the draft constitution saying it acknowledges the supremacy of God while also providing for freedom of worship. “We are also happy about the creation of the National Peace and Reconciliation Commission as it will address issues of national healing,” he explained.

The reverend also said the church was pleased with the inclusion of the children’s rights in the constitution, right to health, right to education, decentralization of power and other issues which he said were not clearly articulated in the current Lancaster House constitution.
However, Pastor Anglistone Sibanda of the Churches in Bulawayo said it was difficult to tell the churchs’ position on the draft constitution, adding many churches were divided along political party lines. “The church is divided to such an extent that it will be difficult to speak with one voice on the constitution,” he said.

COPAC management committee earlier this year unveiled the draft constitution which the MDC formations have endorsed while Zanu-PF is demanding fresh amendments which the MDCs have rejected.

The Southern African Development Community in its summit last month in Maputo resolved that Zimbabwe should finalise the constitution process after which elections to dismantle the troubled coalition government would be held.